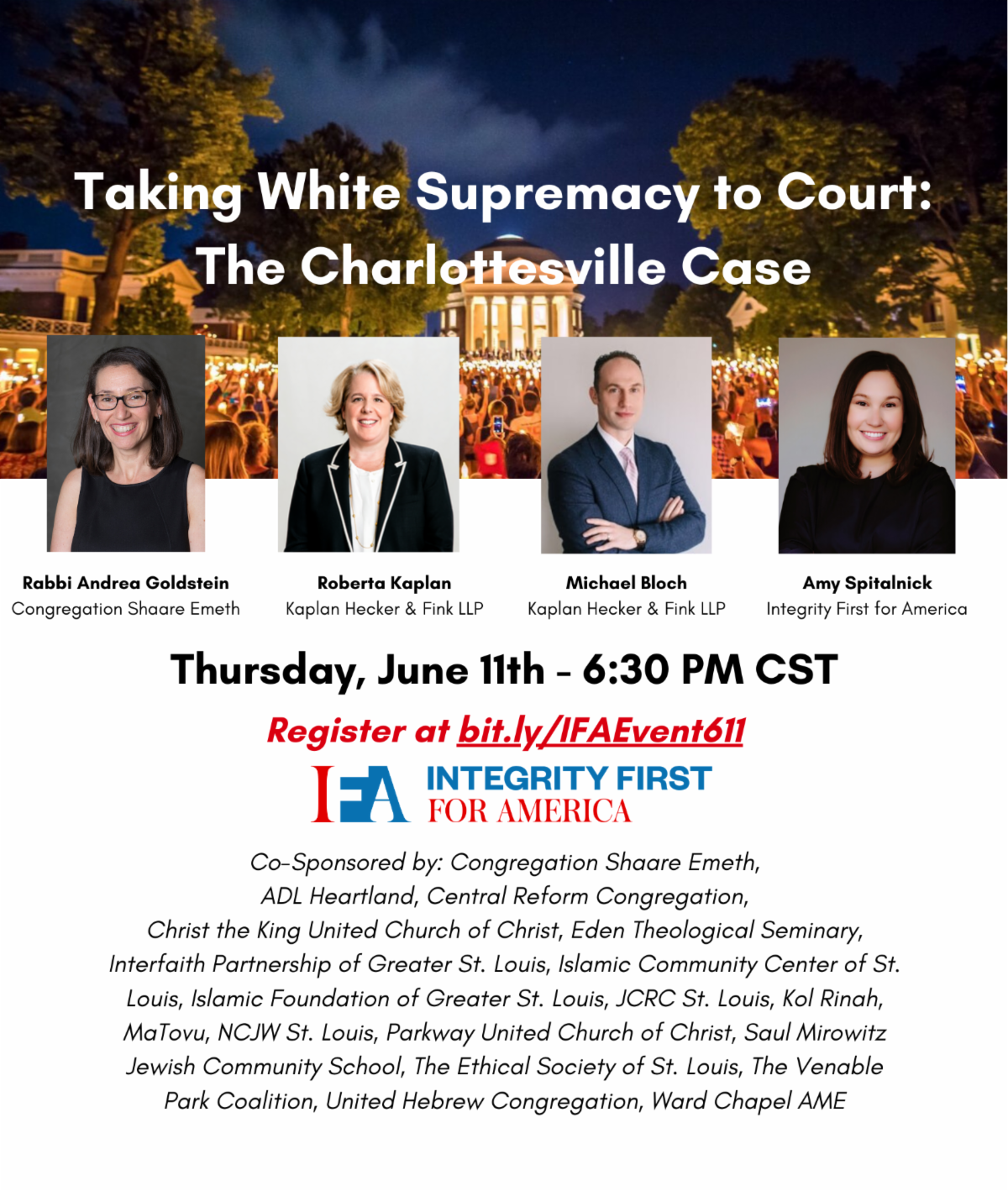 Register for the webinar here

Once in a generation, there is a trial that fundamentally changes our nation. Integrity First for America’s Charlottesville case, Sines v. Kessler, will be that trial — laying down a clear marker against violence and hate at a critical time for our country.

White supremacist violence is on the rise — from Charlottesville to Pittsburgh to Poway to El Paso. The already-dire threat of white supremacist terror has become even more urgent as extremists seek to exploit this pandemic to spread hate and violence — plotting to bomb hospitals, burn down a Jewish assisted-living facility, and weaponize the virus — still while promoting bigotry and disinformation.

IFA, in partnership with a world-class legal team, is leveraging one of the best tools at our disposal to take on the leadership of this violent movement: our justice system.

IFA’s groundbreaking lawsuit seeks to hold accountable the neo-Nazis, white supremacists, and other far-right extremists who conspired to orchestrate a weekend of violence in Charlottesville in August 2017, which resulted in Heather Heyer’s death and extensive injuries. This suit — scheduled to go to trial this October 2020 — has the potential to bankrupt and dismantle the leaders and hate groups as the center of this movement.

Join IFA Executive Director Amy Spitalnick and attorneys Roberta Kaplan and Michael Bloch for an overview of this landmark case — which is moving full-speed ahead — and the fight against white supremacy, anti-Semitism, racism, and other forms of hate.

Integrity First for America (IFA) is a nonpartisan nonprofit organization dedicated to holding those accountable who threaten longstanding principles of our democracy—including our country’s commitment to civil rights and equal justice.