You are here: Home » About » Clergy

Get to know the members of our clergy who conduct services and offer spiritual guidance, support and inspiration to our congregation and individuals. 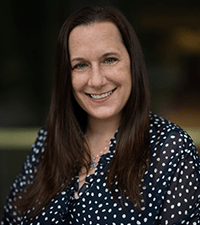 Rabbi Brigitte Rosenberg joined United Hebrew’s rabbinic team in 2004 and was installed as the fifth senior rabbi of UH in 2011. She is a tireless leader—one to whom people turn for counsel, education, and insights.

Raised in Houston, Rabbi Rosenberg is a graduate of Boston University, with a BA in Religion and Culture.  She received her Master of Arts in Hebrew Letters (MAHL) and rabbinical ordination from Hebrew Union College-Jewish Institute of Religion (Cincinnati) in 2001.

As a product of NFTY, the Reform Jewish youth movement, and Union for Reform Judaism (URJ) summer camps, Rabbi Rosenberg understands the power of transformative Jewish experiences and the power of relationships.  Her experiences as a teen—in her home congregation, at summer camp, and in youth group—led to her decision to become a rabbi.  “I was inspired by the many rabbis who were part of my journey, who shared their love and passion for Judaism with me. These rabbis inspired me to want to teach, to encourage, to inspire a love of tradition, mitzvot, and learning in others—to instill a love of being Jewish.”  For Rabbi Rosenberg, the synagogue should be a home away from home for all Jews.  It should be that place where you can “let your hair down” and be accepted for who you are—a place to be your best self.

Rabbi Rosenberg believes that healthy, vibrant synagogues are best when part of healthy, vibrant Jewish communities, and feels strongly that we need to work together continuously for the greater good of a strong, vibrant Jewish community in St. Louis.  As such, Rabbi Rosenberg is a leader locally and on a national basis.  She serves on the Board of Trustees of the Jewish Federation of St. Louis and is the current chair of the Jewish Fund for Human Needs.  She is a past president of the St. Louis Rabbinical Association and has served on the boards of the St. Louis Hillel Foundation, Nishmah–the St. Louis Jewish Women’s Project, and as a council member of the Jewish Community Relations Council (JCRC). Rabbi Rosenberg was a founding committee member of Israel Bound, the St. Louis Teen Israel Experience, now in its 10th year. Nationally, she has served on the board and numerous committees of the Central Conference of American Rabbis (CCAR) and chaired its 2015 convention. She has been involved with AIPAC (American Israel Public Affairs Committee). Rabbi Rosenberg was a Brickner Fellow and a participant in the STAR Peer program.

Rabbi Rosenberg is married to H. Lee Rosenberg and they have three children, Zoë, Joseph, and Sadie.

Cantor Ronald Eichaker has served as Cantor of United Hebrew since August 1999. He had an early interest in pursuing the cantorate, functioning as a student Hazzan while a teenager. He entered Northern Illinois University in 1974 majoring in music education and vocal performance on a full athletic scholarship in Track and Field. Subsequently, he enrolled at the Jewish Theological Seminary of America and received the Diploma of Hazzan in 1982. Cantor Eichaker received his rabbinic ordination from the Rabbinical Academy of American in 2018. Prior to coming to UH, Cantor Eichaker served Congregation Emanu-B’ne Jeshurun in Milwaukee, Wisconsin for 16 years.

Over the years, Cantor Eichaker has pursued and implemented a broad array of programs and initiatives that may appear outside the realm of the standard cantorate. His “Whole Life” approach to Jewish living, learning and expression is expressed through his interests in World Music, ethnic gastronomy, classical Jewish philosophy and liturgy through various modes of educational strategies. He is devoted to engaging and developing UH’s membership through experiencing, understanding and expressing this “Whole Life” approach through various media and dynamic individual and group experiences.

Cantor Eichaker has a warm and beautiful voice, and has dynamic skills as Hazzan, as teacher, and as a communicator with children. He is a highly skilled guitarist and percussionist, and interestingly, has competed on an international level in the javelin throw! He is now a registered throwing coach/consultant for USA track and field. His travels and experience as an athlete influenced his attraction to world music and folk cultures. Many of his original compositions and arrangements reflect musical styles from around the world.

He and his wife, Heidi, are the parents of two wonderful daughters, Lauren and Lindsay. 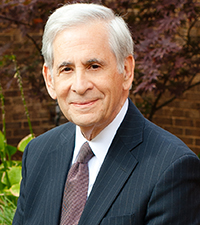 Rabbi Howard Kaplansky became Rabbi Emeritus of United Hebrew on July 1, 2011, after serving the congregation for over 30 years, including Senior Rabbi from 1990-2011. He received his B.A. degree from Ohio State University, and was ordained Rabbi at Hebrew Union College-Jewish Institute of Religion where he received his M.A.H.L. and D.D. degrees.

He previously served congregations in Springfield, Massachusetts and Pittsburgh, Pennsylvania and was the Director of the Midwest Council of the Union of American Hebrew Congregations (later renamed the Union for Reform Judaism).

Active in communal affairs, Rabbi Kaplansky has been President of the St. Louis Jewish Community Relations Council, the St. Louis Rabbinical Association, and the Association of Reform Rabbis. He has served on the Boards of Trustees of Jewish Federation of St. Louis, Jewish Family and Children’s Service, the St. Louis Jewish Light, the Urban League of Metropolitan St. Louis and combined Health Services of St. Louis. He is the first Chairman of the Michael and Barbara Newmark Institute on Human Relations and a member of the Board of Trustees of the Interfaith Partnership of St. Louis. He was formerly vice-president of the St. Louis Interfaith Clergy Council and of Doorways and is an Adjunct Professor in Judaic Studies and Theology at Eden Theological Seminary where he has taught for over 25 years.

Rabbi Kaplansky and his wife Susan are the parents of Mindy (Dr. Ed) Kirsh and Emily (Dr. Dan) Cohen. They have four wonderful granddaughters – Julia and Zoë Kirsh, and Alex and Samantha Cohen. 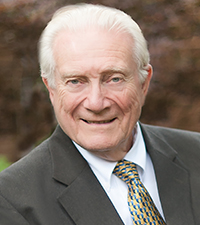 Cantor Hochberg joined the United Hebrew clergy in August, 1967 as the first cantor to serve in this role in a Reform congregation in St. Louis. In addition to leading and participating in worship services, he served as Music Director for the Congregation, religious school, Hebrew school and the b’nai mitzvah program.

An honors graduate of the Cantorial School of Sacred Music of the Hebrew Union College-Jewish Institute of Religion in 1957, Cantor Hochberg came to United Hebrew after serving many years as cantor for Union Temple in Brooklyn, New York.

In the thirty-two years he served United Hebrew, he educated two generations—representing thousands—of students, established and nurtured the Adult Choir and enriched our services with his rich baritone voice.

In 1998, he was awarded the degree of Doctor of Music at a special convocation honoring the fiftieth anniversary of the Cantorial School at HUC-JIR, presented to a “loyal alumnus who has served with distinction.” The St. Louis Circle of Jewish Music (CJM) paid a special tribute to Cantor Hochberg in 1999 in honor of his many years of service to United Hebrew Congregation, the cantorate, the CJM and the community.

Cantor Hochberg became emeritus in 1999 and remains an active participant at United Hebrew, with his wife Joyce.  He often joins Cantor Eichaker on the Bimah for special worship, Holy Day and festival services.