You are here: Home » About » History

United Hebrew Congregation was founded in St. Louis in 1837, a mere fifteen years after the incorporation of the City of St. Louis. It was the first Jewish congregation to be established in St. Louis, and is the oldest west of the Mississippi River. At that time, it was the twentieth synagogue in the United States of America.

In 2012, United Hebrew celebrated its 175th anniversary, only the thirteenth synagogue in the country to celebrate this milestone under the original legal incorporation and—despite discussions from time to time over its long history—without merging with another congregation or experiencing a large-scale loss in membership to a “breakaway” congregation.

Learn more about our beginnings, our transition from Orthodox to Reform, our rabbinic leaders, our current and past places of worship, and how our traditions continue today.

The Beginning: The First Minyan

The ancient ritual of the Jewish people made its St. Louis debut in the form of a “minyan” or Jewish prayer meeting. The place was a rented room above a store called “Max’s Grocery and Restaurant” at Second and Spruce Streets, or perhaps an “R.A. Mack’s” grocery store at 54 N. Front Street. The date, to the best of our knowledge, was Rosh Hashanah Eve, 1837. The chief organizers of the minyan were Abraham Weigel and Nathan Abeles, who were to become the first president and secretary of the United Hebrew Congregation, when it was legally organized four years later on October 3, 1841.

Ritual: From Orthodox to Reform

The founding of United Hebrew antedated to a large extent the growth of the Reform Movement in the United States. In the early days, UH’s services were orthodox, and our transition to the Reform movement was slow and cautious. We joined the Union of American Hebrew Congregations in 1878, withdrew in 1885 and rejoined in 1904. Kippot remained mandatory while reading from the Torah until 1913. With the adoption of the Union Prayer Book in that same year, the long process to the Reform movement was considered complete. 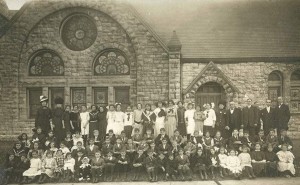 One of the main purposes for the founding of United Hebrew, as stated in the preamble to the first constitution, was to “build a place of worship to be dedicated to the Most High.” Since 1841, six buildings have been so dedicated. Four, including the present, were specially built, while two were converted churches.

In the 1920s, after making several moves over the decades, United Hebrew purchased land for a new building on Skinker Boulevard across from Forest Park. Some nearby residents sued to prevent construction of our “church.” Litigation went all the way to the Missouri Supreme Court, which dismissed the lawsuit. As a result, we were able to erect our magnificent architectural gem that served as our home for more than sixty years and is still a landmark on the western edge of St. Louis. Currently, it is the home of the Missouri History Museum Library and Research Center.

The Skinker era featured a more traditional side of the Reform movement, with the first weekday Hebrew school, first Bar Mitzvah, first Bat Mitzvah, and the first full-time Cantor of any St. Louis Reform congregation. Our congregation gained national prominence when President Harry Truman invited Rabbi Samuel Thurman to become only the second rabbi to say a blessing at a presidential inauguration—the first since George Washington’s time.

In 1977, as the Jewish community continued its westward migration into St. Louis County, United Hebrew built the Gudder Educational Center on land purchased near Conway and Woods Mill Roads to serve as a west campus for Religious School and Hebrew education. A nursery school was opened in 1979 to serve the young families of the congregation, later becoming the United Hebrew Preschool. In 1990, the preschool was officially renamed the Saul Spielberg Early Childhood Center. In the late 1980s United Hebrew began building a sanctuary on the property. The new structure with the Millstone Sanctuary and the Spielberg Chapel was dedicated in 1989 in the City of Chesterfield.

Rabbinic Leaders of the Congregation

The early members of United Hebrew did not have a rabbi to lead them and did not think they needed one. As Isidor Bush said, “Each considered himself rabbi.” They took turns at conducting the services and the secretary, Nathan Abeles, acted as “shochet” without pay.

In 1854, the congregation elected the first rabbi ever to serve in St. Louis. He was the Rev. Dr. Bernard Illowy, one of the foremost Orthodox rabbis in the country. Over the next twenty-four years various rabbis and individuals led the congregation until 1878 when United Hebrew appointed its first official senior rabbi. At this time in our history, the rabbi began to be spoken of as the spiritual leader of the congregation rather than only as a “chazzan,” lecturer, preacher, or teacher. 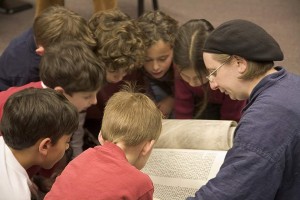 While maintaining its traditions, our congregation has never stopped growing. Many years ago we became St. Louis’ first Reform congregation with its own Cantor. Since the late 1990s, we have been the home of nationally renowned Artist-in-Residence, Rick Recht, who conducts family services on the High Holidays and Shabbat Alive! services throughout the year. And, in true 21st century fashion, our services are live-streamed to allow people from around the world to join us in prayer.

Today we read from the world’s first Torah scroll written by a woman scribe. In 2007, we commissioned a new Sefer Torah. During that year an entire slate of educational programming relating to the Torah was offered to our members and nearly one-third of our congregation participated by writing their own letter in our new Torah, which will serve future generations for many years to come. In commemoration of the new Torah, we donated one of our existing scrolls to a Jewish seminary, the Abraham Geiger College, in Potsdam (Germany) to assist in the regrowth of Judaism in a country whose leaders once endeavored to destroy all Torahs.

Throughout the generations, the members of United Hebrew have worked together to build and maintain a strong kehillah, or community. The congregation was created out of the desire to maintain Judaism and one’s Jewish identity in America. Today United Hebrew Congregation continues to thrive as one of the largest Jewish congregations in the area, providing innovative opportunities to participate in Jewish life through worship, music, education, social events, community service, and youth programs. 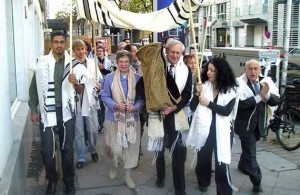 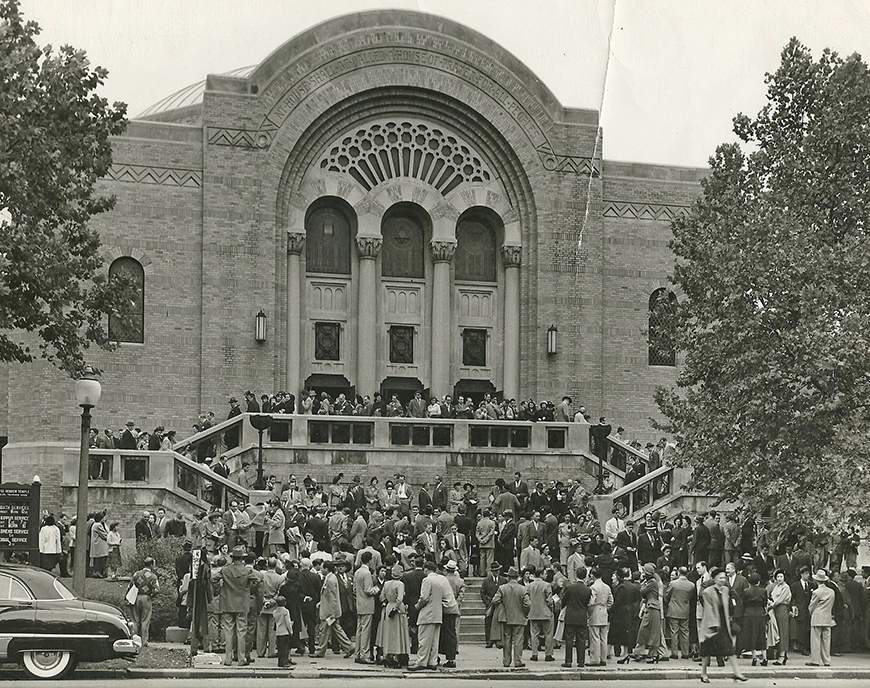